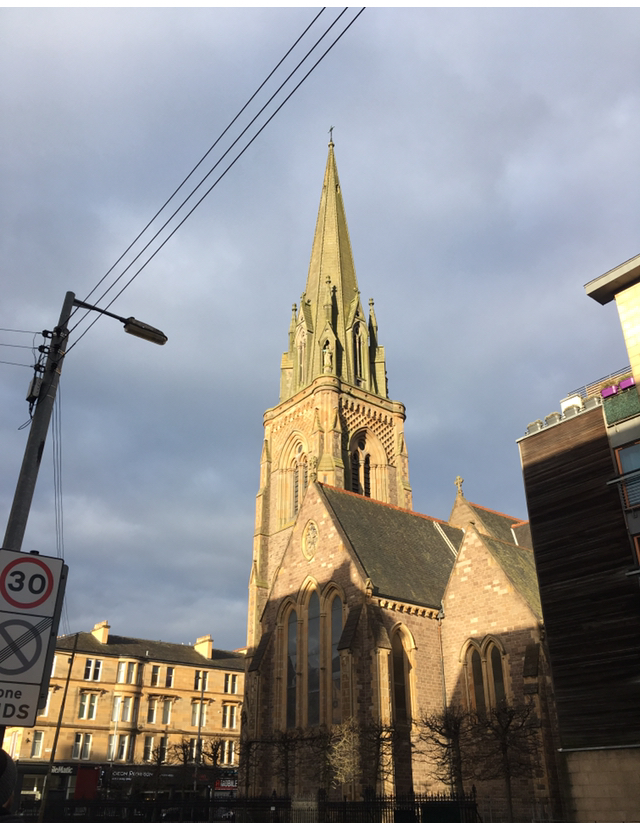 I’m doing things a little differently for this post, possibly the next few posts. I didn’t do entries for each day, though I’m glad I didn’t since this post is quite long already. Below is just a collection of thoughts and experiences over this last week. I hope you, the reader, are staying safe. I hope you are ok, so many are struggling right now, but I genuinely hope you are ok.

We lost an hour last night (daylight savings) and for the first time ever I simply don’t care. We went to the two grocery stores closest to our flat this morning (a little Tesco and a Sainsbury’s) and it was shocking how empty the shelves were. There’s food, nobody is going to starve, but anyone looking to gather several ingredients will be hard pressed to find all of them at one store. The M&S I went to yesterday is the most stocked store I’ve been to so far. Anyways, we were able to get everything except linguine for our recipe tonight. I didn’t want to go to any more stores looking for it so we’ll just use spaghetti instead. People have truly done a number on the grocery stores and I’m wondering if we are starting to look at temporary shortages at this point. I wonder this because Sainsbury’s gets deliveries regularly, we see the trucks out front, yet the shelves are pretty bare still, so there must not be much coming in the deliveries. GUESS WHAT!! I found paracetamol this morning!!!! All I wanted was one box, one stinking box and it’s been sold out everywhere; however, I looked when we went into Tesco, assuming there’d be nothing there (I almost didn’t bother looking), and there were quite a few boxes of paracetamol. So YAY I got a box of paracetamol today.

I need to start working out and eating a bit better (less sugar, maybe less salt but let’s not get carried away). I’m used to doing circus a few days a week and walking a 3 to 6 miles a day and now I have none of that but I’m still eating the same… that won’t work. I need to focus on my health a bit more.

We hung out and had drinks with a friend last night and that was really nice. It was via Skype, of course. It’s so weird skyping when you only live about a 15 minute walk away from each other. What a strange world we live in right now. I’m so grateful we have this technology available to us.

I finally worked out today for the first time in two weeks (like a real workout, not just walking). TWICE! So that’s good news. I followed along with one of my favourite workout DVDs in the morning and then took Aerial Edge’s online circus conditioning class in the eve.

It was not fun walking the dogs tonight. Honestly, I hate walking the dogs at night now. There were about three guys hiding around the corner and they sort of dispersed as we came around but were clearly off to do some sketchy shit and we didn’t feel safe going back the way we had come, so we didn’t. Of course, it’s the one time I didn’t carry my phone with me. I’m not sure the police would have done anything if we called them anyways… I’m not impressed with the police force in Glasgow.  There’s even more graffiti on our building’s door, new graffiti from tonight. The door is already covered in it but today it just added to my feeling of being fed up with it all. It just didn’t feel good out there… like it doesn’t feel safe. I have a very mild cough going on (no it’s not COVID-19) so I was sure to sport it as a sort of self-defense mechanism. Ha… but seriously, I hate it and it’s just really uncomfortable out there right now. I never thought I’d miss the 9pm parade of drunks on this road. I think we’ll try taking the dogs to a spot across the street at night, it’s still a bit creepy but it’s closer to our flat (usually we don’t go there because it can be a pain to cross the road but there’s not much traffic anymore). Today was pretty alright but I’m feeling a bit on edge now.

I walked the dogs around the block this afternoon and there was a line going out from our local Sainsbury’s shop as well as the pharmacy across the way. They’re monitoring the number of people going in, which is good. There are still quite a few people out and about in the afternoons. I need to hop over to one of the stores at some point over the next week. I’ll probably go back to M&S even though I swore them off until the pandemic is over. There’s just more stock there.

Last night we took the dogs across the street instead of the usual spot and it felt a bit safer. It’s still pretty dark but it wasn’t as creepy as the usual spot. We’re also taking them out a few minutes earlier. When we walked them yesterday morning we noticed someone broke the window to our local take-away joint across the street. It’s a shame how many businesses have had to close and then are essentially kicked while they’re down. Another reason my faith in humanity doesn’t exist anymore.

I’m grateful to have work to keep my mind occupied for part of the day. It’s a good distraction.

Our virtual social lives are taking off. Haha! I never thought my social life would be restricted to hanging out with friends online. Last night was a friend’s online birthday party and that was actually really fun. Tonight we’re gaming with some friends online and then tomorrow we’ll be virtually hanging out with other friends. It’s good.

I don’t think I’ve ever had so many meals at home. We used to eat out a few times a week. It’s getting a little old at this point. I just don’t trust take-away right now though. Too many hands handling the food and packaging before it gets to us. I did venture back to M&S to get some groceries yesterday. They are definitely out of a few things but they still have plenty of other stuff in stock. The only thing I wanted that they didn’t have was pasta sauce (we still have two left) and hand soap… well, they did have one tiny, fancy, overpriced hand soap which I passed on. I’m sure we can find those things elsewhere at another point. I overheard the staff there discussing a coworker that is off for two weeks because he might have the virus. It was a good reminder of why I wipe down every single item with disinfectant when I get home. M&S has increased pay for their staff during this time which is great. I still felt like I was dodging clusters of staff chatting and blocking parts of aisles again; HOWEVER, in thinking about it, I’m just glad they are there. The only reason I left there with groceries is because people showed up to put the stuff on the shelves. Bless them.

It’s Saturday but it doesn’t really matter, all the days are pretty much the same now. Maybe I’ll work a little bit tomorrow for my second job, to fill time. I’m almost too bored to actually do anything. I find myself sort of just wandering from room to room to mix up the scenery. I worked out again today, which is good. Now I’m avoiding the living room since I don’t feel like listening to our neighbour’s music or insanely loud tv. I’m really wishing we were back in our old house in the US right now. Part of me is regretting selling it and moving but then part of me knows that’s just because everything I enjoy about being in Glasgow has been pulled from under me. I’m assuming once life returns to normal I’ll stop wishing we were back in the US. I suppose the other positive about being here right now is that we don’t have to worry about going into major debt if we get sick.

The Tesco in City Centre is doing fairly well on stock, Ryan picked up some hand soap from there yesterday. That made me happy since the kitchen and bathroom hand soaps were getting pretty low. I really think the key for shopping is heading into City Centre since they aren’t getting as many regular shoppers now that most people are working from home (if they’re lucky enough to still be working) and the stores are larger, so their supplies aren’t disappearing as quickly as they were before the shutdown. Luckily, it’s an easy walk for us to get down there.

Last night we were playing online games with some friends and a thought struck me and I was surprised I hadn’t thought of it before. What if this had all happened right after we had moved here? I mean we didn’t even have a place to live when we moved here. We did the Airbnb thing in Edinburgh for a month and a half. We had so many things to do after moving to Scotland in order to set up our lives here and most of those things would be impossible to do right now. I honestly don’t know what we would have done. This thought came into my mind last night because in the moment I was feeling so grateful to have friends in the city that are going through this with us and that we can hang out with online. I’m so grateful.

Last night I dreamt we were on a large ship in the ocean, I think it was a cruise ship, and it was slowly sinking. The waves were large and overtaking the ship and it started to fill with water. We moved towards the front of the ship, it was a nicer area of the ship (like first class), in search of an area that wasn’t flooding as quickly. The front of the ship was still ok but we knew the water was still coming in and soon that would be filled with water as well. We knew we didn’t have much time before most of us, if not all of us, drowned. I woke up from that dream and thought “that seems about right,” and that’s exactly what Ryan said when I told him about my dream. That seems about right.