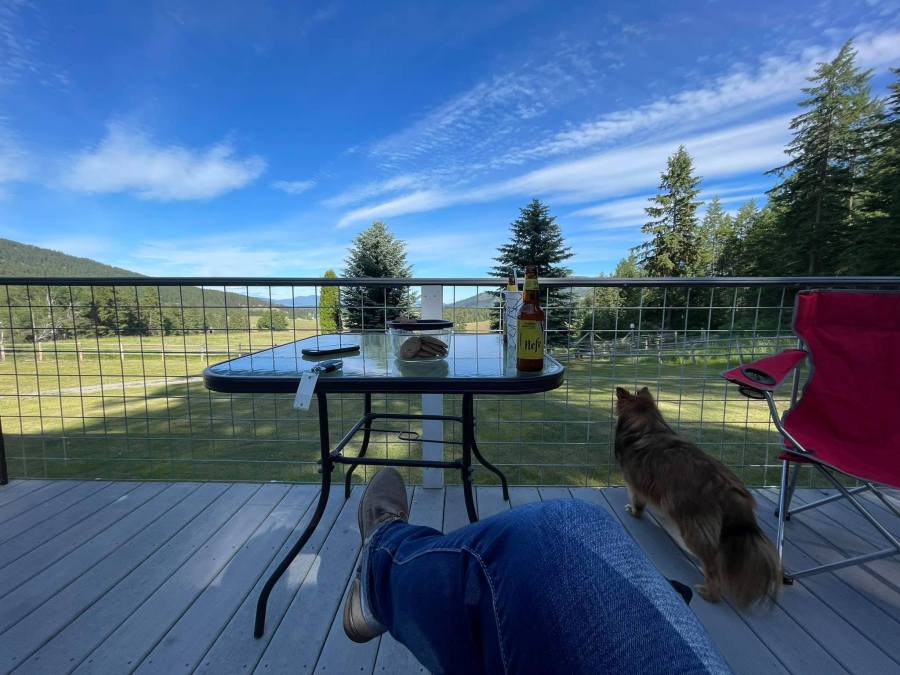 I’m terrible at this. My last post seems like years ago. I’ll try to give a quick synopsis on what has occurred since the last post. Honestly, this post is mostly just me bitching and moaning, so buckle up!

Since my last post, I have moved to the other side of the mountains. I’m now living on 21 acres in the mountains, about seven hours away from Seattle. My family decided they were ready for change as well so we found property that we can share. I’ve managed to get a truck that I love, finally (not having a vehicle was doing my head in). I’m now working on saving enough money to build my own home on this property and to effectively to gain back my independence (which is more than just having my own place). I’m still set on a tiny home (maybe 350 to 400 sqf) but the prices of tiny homes have skyrocketed over the last few months, so I’m considering just building my own. I guess the other major thing to happen since my last post is the divorce was finalized. Unfortunately, there was some ugliness involved in the process that has called into question the authenticity of that relationship.  The divorce left me with nothing financially, which is why I’ve only recently secured a vehicle and am still saving towards moving into my own home. All of my savings, plus more, was taken, so I’ve found myself starting over from scratch, saving up from a negative balance. I guess you live and learn, right? It does no good to stay stuck in the past, and I feel like I’ve come to terms with it all for the most part (clearly there’s still some bitterness but that’s easing up as time goes by).

I love where I live. It’s very rural but there are still stores and restaurants within a 30 minute drive. One of the towns near us has a monthly art walk, which is fun. The property is surrounded by farms and homesteads, a very different way of life. I find it peaceful and worth any rural challenges that have arisen (hello bugs and mice!). I have really enjoyed the people I’ve met out here, though I’ve been hiding out for a few weeks now because covid is rampant in this area at the moment… it’s really really bad. I managed to catch it again but had mild symptoms, possibly because it wasn’t completely unfamiliar to my immune system. Even with mild symptoms, I give covid 0 stars, would like to speak to the manager, do not recommend and will not be returning. Other people I know who have caught it recently have had a real hard time with it, one person is currently hospitalized. The doctor at the nearby ER indicated both vaxxed and non-vaxxed are getting pummeled by it, filling up hospital beds. So whether or not I’m immune now, I’m mostly lying low since that’s what feels right to me at this point in time.

All in all life is pretty ok at the moment, though I think if I drastically limited my online time life could actually be a notch or two above ok. When I look online and see what has become of humanity I have to say I’ve found this world in general to be an incredibly difficult place to exist in. I’ve never seen so much hate and divisiveness in my entire life. Social media is nearly unbearable to frequent. I’m seeing people that I had previously considered to be kind, to be friends of sort, post hateful and divisive content. Many posts being blatantly false, though I know better than to comment since their minds are clearly stuck in a spot. They’ve picked a side and there is no other way to think but the way they do, even if they’re proven wrong. The amount of finger pointing over every single issue is astonishing. It’s important to me to try to understand people who hold beliefs that don’t align with mine since I don’t believe everything is black and white and there’s so much to learn as a result. That said, people don’t seem capable of these discussions anymore. Even people I had historically enjoyed having these discussions with have changed and have become unable to express themselves through anything other than finger pointing and anger. I spend an obscene amount of time researching the things I believe in and a good chunk of that time is me trying to prove myself wrong. Am I alone in this? Is it possible some of our firmly held beliefs could be misguided or altogether inaccurate? Why is it so scary for us to challenge our own biases? To be clear, I don’t have a particular side I subscribe to. I’m not right, I’m not left, I do my research, come to my own conclusions and those conclusions are open to being changed if the right information comes along. It’s awfully lonely here in the middle.

Welp, there’s my soapbox moment for the year. Aaaand I took a moment away from this post to check social media and there’s another divisive and hateful post by a “friend.” Guys… Gals… I give up. Maybe it really is time to step away from the socials. Yeah, probably is. I’ll let you know how this actually turns out in my next post. I’m feeling a little lost on what to blog about now, I mostly just journal at this point. Hopefully my next post is about how I’ve mostly withdrawn from social media, lost 8 lbs, gotten a hell of a lot better at guitar, discovered a tiny home that miraculously built itself on the property, discovered a community of magical creatures with great powers that live in our woods (maybe they built my tiny home?), and found a mysterious well that contains an endless supply of peated scotch. Amazing.