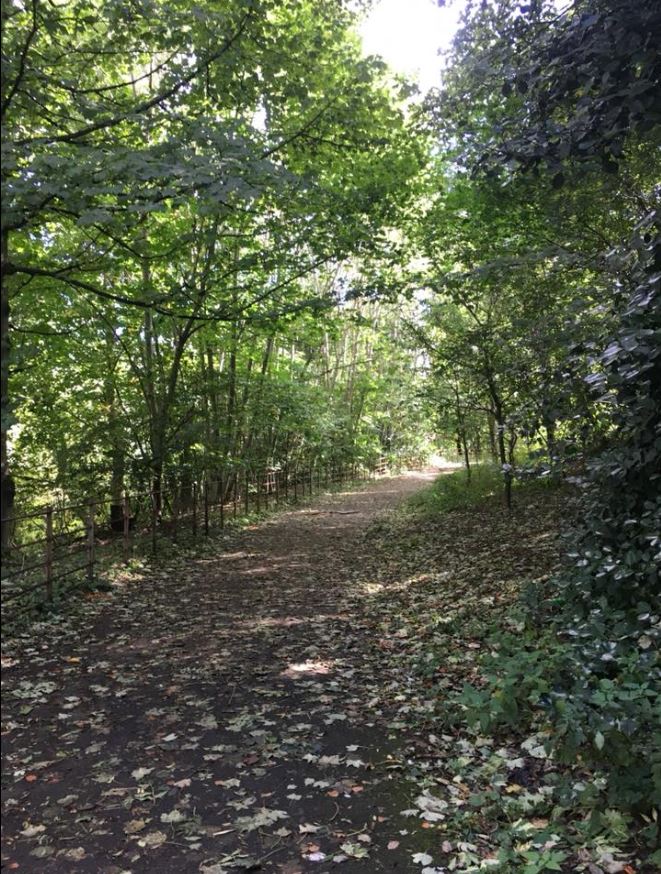 Over the last few months the topic of “regret” has come up a few times on different FB groups I’m in and it’s generally someone who’s getting ready to move here or is seriously considering the move and is wondering if any expats in the group have regretted the move. This is a very real and very valid concern. I have seen responses ranging from people saying that everything has gone swimmingly for them and they have no regrets to others saying they hate it here and desperately want to go back to the U.S. Each individual’s experience here is so different, I’m just going to state where I’m at right this moment.

I don’t like to sugar-coat our move and say everything has been perfect, it’s been far from perfect, it’s been extraordinarily difficult actually. Upon moving here there was that feeling of “oh God, what did we do?” and I think that’s a really natural feeling in our circumstance. I gave up a job that I both loved and hated. I loved the flexibility, the work, the seniority, the security and the pay. I hated the toxicity of the group that I was a part of. I longed to leave my job and make the move to something that maybe paid less but that I at least felt good about. Nonetheless, giving up a job like that after ten years was really difficult. Though even after being there over a decade there was no acknowledgement of my leaving (others who had previously left have had lunches, donuts, cards, an announcement that they’re leaving, and so on). I didn’t need any glorious send off, and at the time I was relieved to not have the attention, but looking back on it I think that was really crappy of them and a clear demonstration of that not being the place for me. So, yes, I do struggle with leaving the comfort of that job, the comfort of having a job at all, but I needed to break free anyways so here’s my chance. No regrets.

I loved the dog agility community that I was a part of. Chewie loved many of those people and loved seeing them quite regularly. Leaving that community was painful. I wasn’t sure if we’d be able to join up with an agility community here but as luck would have it we have joined one, thanks to the kindness of a perfect stranger. I won’t go into this much more since I’ve discussed this in other posts, but this was something that hit me harder than anticipated after moving here. Still no regrets.

The hardest thing about moving here has been knowing my mom isn’t still within an hour or two drive. The distance is tangible right now, it’s hard knowing just how far away we are from each other now (cue “Somewhere out There” from Feivel). I knew this would be the hardest part, the only part about leaving that I was truly dreading. I have never lived further than two hours from her at any point in my life. I won’t go on and on here so I’ll just say I did have several concerns about this before leaving but, all concerns considered, I knew I had to make the move. I try to connect with my mom weekly on video chat or via email and that helps a bit. This is something that will always be difficult for me though. No regrets.

Things are different here. We moved here knowing we were starting our lives over and things wouldn’t be easy but I will admit we didn’t realize quite how difficult things would be. Finding somewhere to live with the dogs (we were only considering Glasgow and Edinburgh) was a nightmare (mostly because we were looking during festival and right as all the university people were coming in), setting up utilities has been an absolute joke, dealing with the natural feelings of starting over has been a bit more overwhelming than I anticipated, the feeling of isolation at times has been overwhelming even for a loner like me. All that said, nothing has gone horribly wrong. We have mostly established ourselves here at this point with exception of jobs. Once we both have jobs I think we will start to feel like we’ve done it, like we’re official. I’m also feeling significantly less isolated now that I’m out and about more (see my last post). I still have highs and lows but I’d say the lows are much less frequent now. No regrets.

I am glad to be here. This is our home. In some ways it’s a relief to be here and in some ways it’s still really scary. I think people envision us over here running around in pure expat bliss, which is a bit maddening. Yes, we have had some great times since moving here but I have also cried more than I have in my entire life. Things are easing up and I haven’t cried in a few weeks now, but make no mistake, this is hard. We don’t have jobs yet and we’re watching our savings rapidly dwindle, we don’t know what will happen if Brexit goes through, or if Scotland goes independent, or if for some reason we aren’t granted settlement after five years, or if I grow a second head and my dogs turn into unicorns and fly away… seriously, we can’t worry about this stuff, it’s just one foot in front of the other at this point. Here’s the thing, even if everything went to hell and we had to move back to the U.S., I can honestly say at this point that I would have no regrets. It would be unfortunate but at least we tried. Even if we fail, at least we frigging tried. I would have regretted not having attempted this move, always wondering what would have come of it. I believe we’re meant to be here and that things are going to work out, that doesn’t mean I won’t have my fair share of anxiety during it all (my soul says it’s good and my brain says we’re out of our minds). I will have a part two to this, I’m sure, maybe a year or two down the road, as a sort of check in to see if I have any regrets at that point. For now, as I type this on 21/9/2018, I have absolutely no regrets.

One thought on “Regrets?”